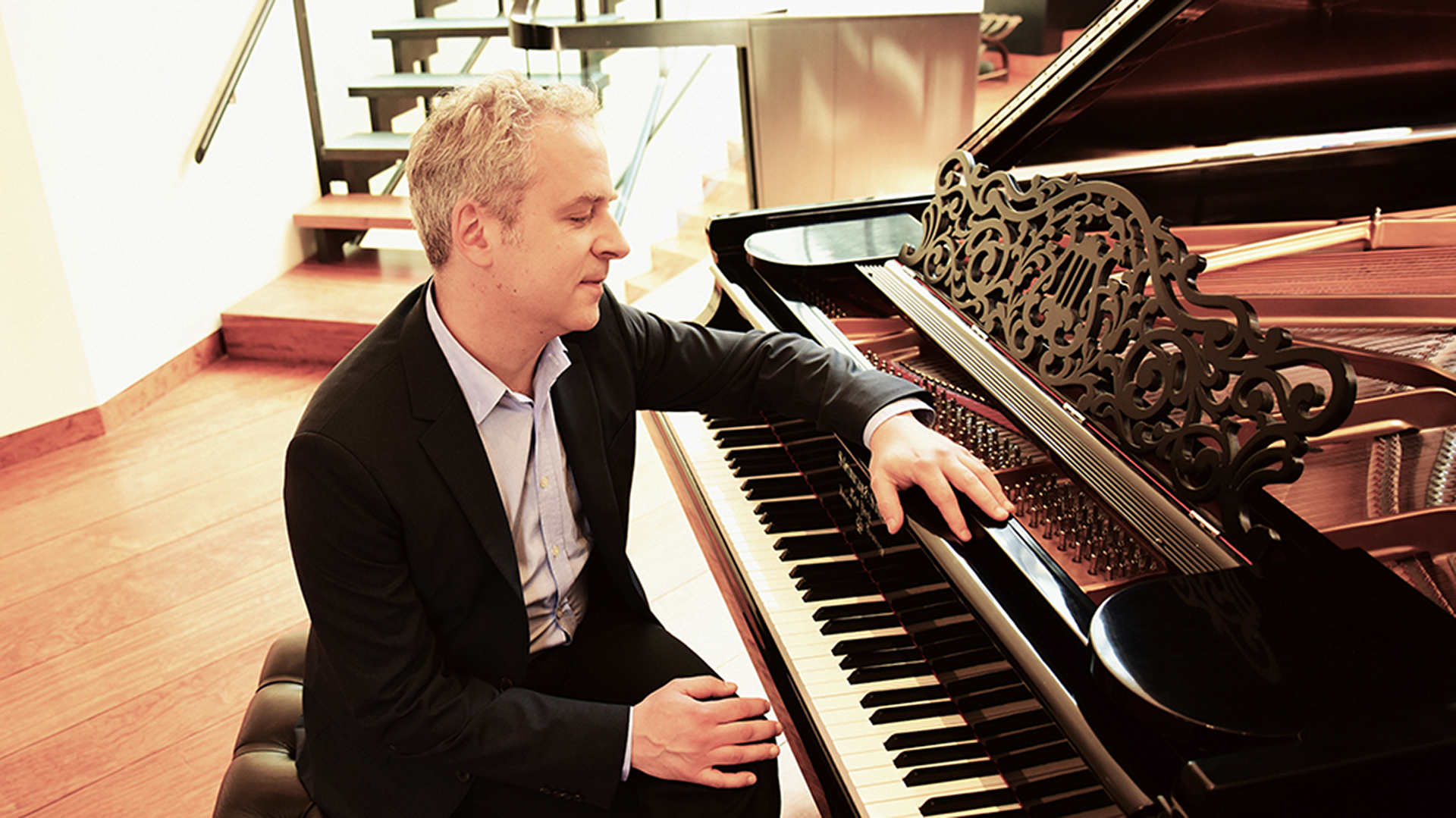 PERFORMANCE NOTICE: This performance has been rescheduled from its original performance date. All tickets issued for the original and any rescheduled performances are valid for admission to the rescheduled engagement. Patrons who wish to request a refund or who would like to donate their ticket(s) may contact the Gogue Center box office at gpactickets@auburn.edu.

Jeremy Denk is one of America’s foremost pianists. Winner of a MacArthur “Genius” Fellowship and the Avery Fisher Prize, Denk was recently elected to the American Academy of Arts and Sciences. Denk returns frequently to Carnegie Hall and in recent seasons has appeared with the Chicago Symphony, New York Philharmonic, Los Angeles Philharmonic, San Francisco Symphony, and Cleveland Orchestra, as well as on tour with Academy of St Martin in the Fields, and at the Royal Albert Hall as part of the BBC Proms.

Denk is also known for his original and insightful writing on music, which Alex Ross praises for its “arresting sensitivity and wit.” He wrote the libretto for a comic opera presented by Carnegie Hall, Cal Performances, and the Aspen Festival, and his writing has appeared in the New Yorker, the New Republic, The Guardian, and on the front page of the New York Times Book Review. His memoir, Every Good Boy Does Fine, will be published by Penguin Random House in March 2022.

Denk’s recording of the Goldberg Variations for Nonesuch Records reached No. 1 on the Billboard Classical Charts. His recording of Beethoven’s Piano Sonata No. 32 in C Minor, Op. 111 paired with Ligeti’s Études was named one of the best discs of the year by the New Yorker, NPR, and the Washington Post, and his account of the Beethoven sonata was selected by BBC Radio 3’s Building a Library as the best available version recorded on modern piano. Denk has a long-standing attachment to the music of American visionary Charles Ives, and his recording of Ives’s two piano sonatas also featured in many “best of the year” lists. His recording c.1300-c.2000 was released in 2018 with music ranging from Guillaume de Machaut, Gilles Binchois and Carlo Gesualdo, to Stockhausen, Ligeti and Glass. 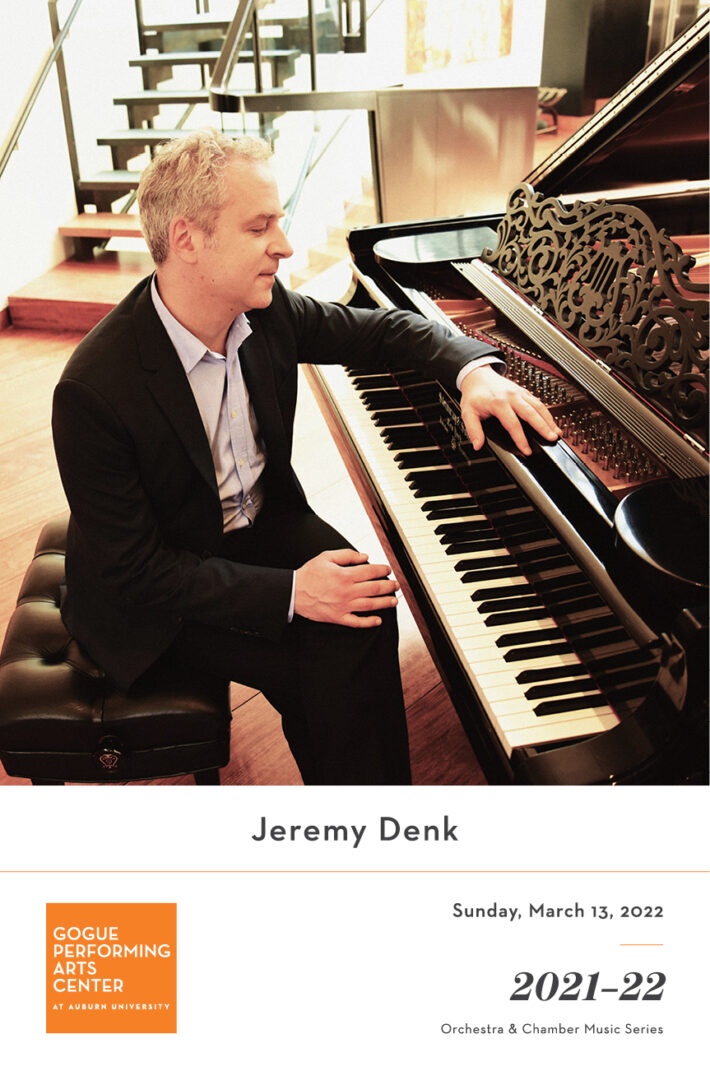 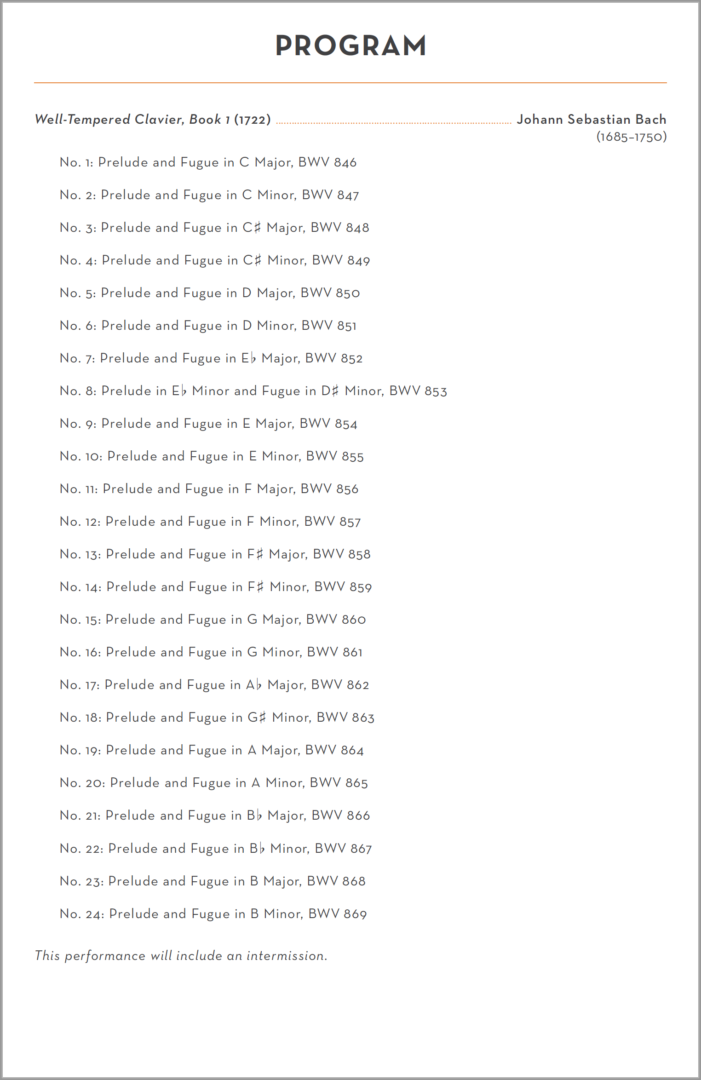 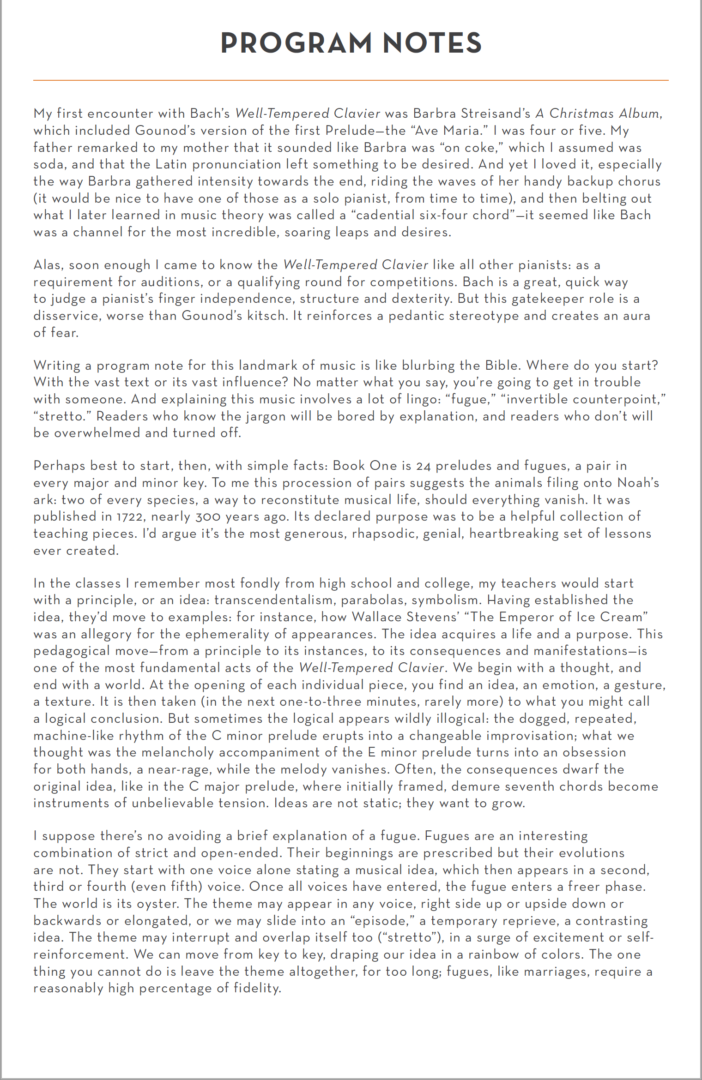 “An artist you want to hear no matter what he performs.”
– The New York Times