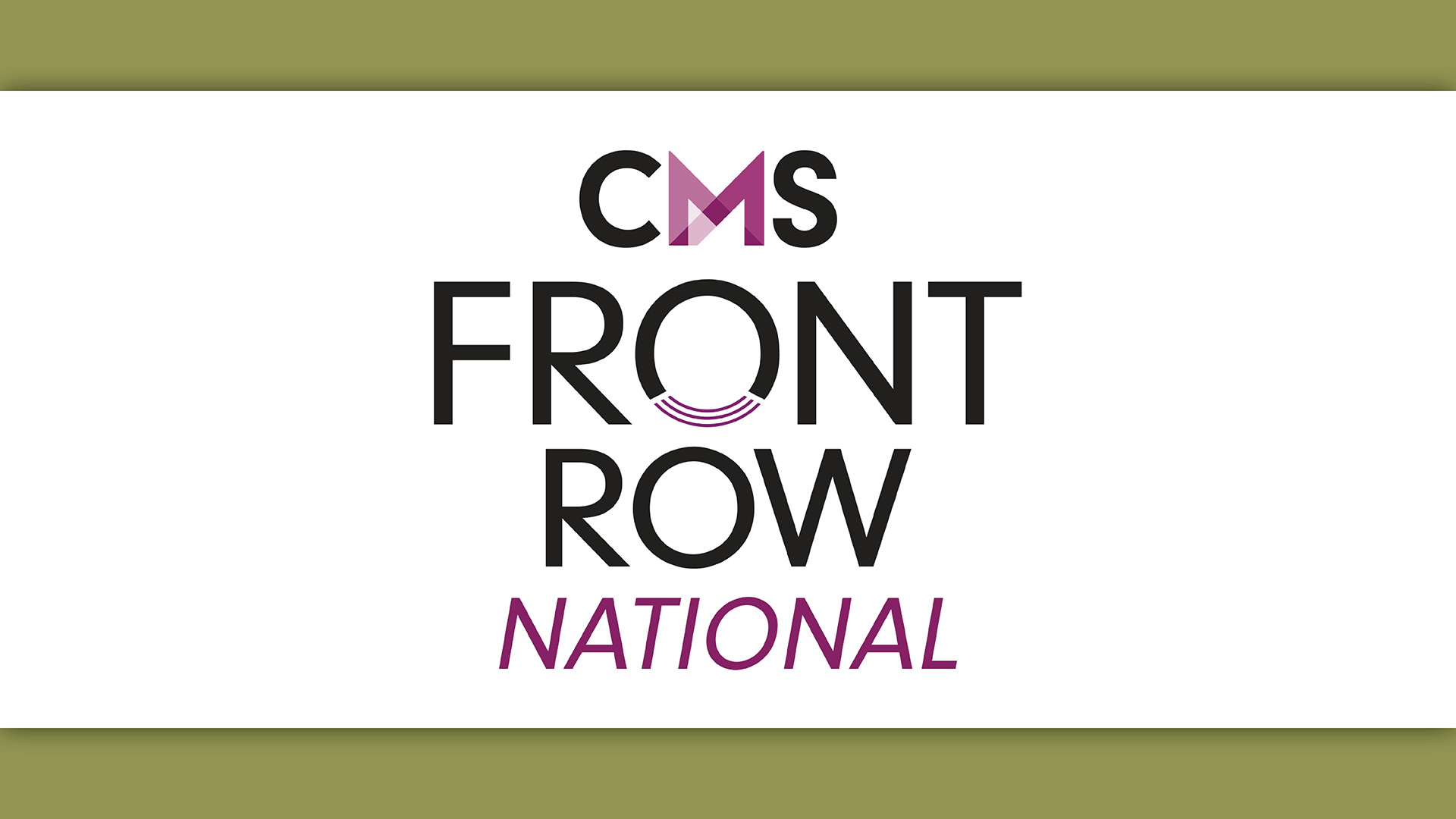 Three Early Songs for Voice and Piano (1947)
George Crumb (b. Charleston, WV, 1929)
Crumb wrote these songs in 1947, the year he graduated high school and entered Mason College in his native Charleston, West Virginia. His now-wife of 70 years, Elizabeth May Brown, was the first to sing them and they are dedicated to her. They are wholly unlike the works that Crumb eventually became famous for—their sound is more early 20th century art song than the unique and otherworldly sound palette he would later develop. Crumb explained that in West Virginia at that time, Debussy was “almost an ultra-modern.” These songs, with delightful melodies and floating harmonies, show that young Crumb, even before finding his mature style, still had a gift for music that is understated yet emotionally powerful.

Crumb suppressed the vast majority of his student compositions but he’s allowed performance of these songs. “Most of the music I wrote before the early sixties (when I finally found my own voice) now causes me intense discomfort,” he writes, “although I make an exception for a few songs which I composed when I was 17 or 18.… these little pieces stayed in my memory and when, some years ago, Jan DeGaetani expressed an interest in seeing them (with a view to possible performance if she liked them), I made a few slight revisions and even decided to have them published. Jan and Gil Kalish eventually did perform them on several occasions.”

How beautiful is night!
A dewy freshness fills the silent air;
No mist obscures, nor cloud, nor speck, nor stain
Breaks the serene of heaven:
In full-orb’d glory, yonder Moon divine
Rolls through the dark-blue depths.
Beneath her steady ray
The desert-circle spreads,
Like the round ocean, girdled with the sky.
How beautiful is night!

Let it be Forgotten

If anyone asks, say it was forgotten
Long and long ago.
As a flower, as a fire, as a hushed footfall
In a long forgotten snow.

Only the wind knows he is gone,
Only the wind grieves,
The sun shines, the fields are sown,
Sparrows mate in the eaves;

But I heard the wind in the pines he planted
And the hemlocks overhead,
“His acres wake, for the year turns,
But he is asleep,” it said.

From featured artist Gilbert Kalish:
I first encountered George Crumb way back in the 60s when I played four short works of his for violin and piano. His writing astonished me. I had never heard anything like it nor previously been asked to use the insides of the piano. It was a sound world of the utmost beauty and mystery. Since then I have been truly blessed to perform many of George’s compositions, each one a new world of sound. And I have been even more fortunate that I was given the opportunity of performing the premiere performances of four or five of his magnificent creations including Celestial Mechanics for Piano, Four Hands (and page turner). I consider him to be one of the greatest and most original composers of our time.

Charles Wadsworth commissioned Celestial Mechanics for CMS. He asked the great Paul Jacobs to perform it. Paul was one of the great pianists of our time but never achieved the fame that he deserved. He was an American pianist who went to Paris and worked closely with Boulez. When he returned to America he was the pianist of the New York Philharmonic and brilliantly recorded all the works of Debussy and Schonberg as well as works of Elliott Carter, Bartók, Stravinsky, Busoni, and many others. He was also a truly spectacular harpsichordist. He was one of the first people to be felled by AIDS, and he succumbed to that almost unknown illness in the early 80s. I was honored when Charles asked me to join Paul for the premiere of Celestial Mechanics in 1979. The page turner was Richard Goode.

The Shepherd on the Rock was one of Schubert’s last works. He was an enigma to the end, writing some of his most cheerful music at the darkest times in his life. He was suffering from a chronic illness (probably syphilis) and he moved to his brother’s house in a Viennese suburb, where the fresh air was supposed to help ease his symptoms. This song was composed at the request of Schubert’s friend and renowned soprano Anna Milder-Hauptmann, who asked for a piece that allowed her to show a wide range of emotions. Schubert created a 12-minute cantata-like composition for her with an innocent, playful first section, dark middle section, and exuberantly happy ending. To do it he excerpted and combined the poetry of two different writers: Wilhelm Müller and Karl August Varnhagen von Ense. And he also added a wind part, something that may have been in fashion at the time because his only other song with a wind part, “Auf dem Strom,” was composed in the same year. Schubert passed away without delivering the score to Milder-Hauptmann and it took many months for his brother to organize his papers, so the work wasn’t premiered until February 10, 1830.

When I stand on the highest rock,
I look down to the valley
And sing.

Far away, from the deep, dark valley,
The echo rises up
The echo from the ravines.

The farther my voice resounds,
The brighter it echoes back to me
From below.

My sweetheart lives so far from me,
I long for her so ardently,
Far away.

The farther my voice resounds,
The brighter it echoes back to me
From below.

When I stand on the highest rock,
I look down to the valley
And sing.

Far away, from the deep, dark valley,
The echo rises up
The echo from the ravines.

I am consumed by grief,
My joy is gone
I have no more hope on earth,
I am so lonely here.

My song rang longingly in the woods,
Rang longingly through the night.
It draws hearts toward heaven
With wondrous power.

Springtime will come,
Springtime, my joy.
I will now prepare
For a long journey.

The farther my voice resounds,
The brighter it resonates back to me.

Springtime will come,
Springtime, my joy.
I will now prepare
For a long journey.

The farther my voice resounds,
The brighter it resonates back to me.

From featured artist Gilbert Kalish:
In the early 1950s I studied at Tanglewood. Not having gone to a music conservatory, my contact with other young musicians occurred primarily at summer festivals such as Tanglewood. In 1957 a group of young musicians formed a large chamber ensemble called the Gramercy Chamber ensemble and invited me to be their pianist. The group included four singers and one of those singers was Jan DeGaetani. While rehearsing Arnold Schonberg’s Pierrot Lunaire, we became very close musical colleagues and she and I started a partnership that lasted more than 30 years until her untimely death in 1989. It was through our work together that I developed a great love for the song repertoire.  We worked not as coach and soloist but as real partners. Working together in that way was one of the greatest musical and personal gifts in my life. In these last few years I have developed an extremely satisfying partnership with Randall Scarlata and Dawn Upshaw. And over these many years, I have been privileged to perform with many incredible singers such as Jon Vickers, Benita Valente, and many other wonderful artists, including quite a few at the Chamber Music Society. I consider myself simply a pianist who has the privilege of being involved in an immense variety of genres and repertoire with vocal music just being one part of that.

Quartet No. 3 in C minor for Piano, Violin, Viola, and Cello, Op. 60 (1855-56, 1874)
Johannes Brahms (Hamburg, 1833 – Vienna, 1897)
Brahms wrote the original version of this piano quartet while helping Clara Schumann through the most difficult period of her life—the two-and-a-half years between her husband’s suicide attempt and his death. Brahms acted as Schumann’s assistant and confidant while her husband was institutionalized. Though Brahms was only 21 years old and 14 years younger than Schumann, he fell madly in love with her. She had strong feelings for him too, though she was less infatuated and more realistic about marrying again. After Robert’s death, when they could have chosen to be together, they made the decision to part ways but remained close friends for the next 40 years.

Brahms wrote this piano quartet and then put it aside, revising it in the late 1860s and again in 1874. He was meticulous about destroying his sketches and unpublished pieces so it’s difficult to know exactly what the original version sounded like. But it was certainly very different: in a different key and with three movements rather than four. Brahms must have also seen a lot of his younger self in the piece. He jokingly wrote to the publisher that it should be accompanied by a picture of himself dressed as Goethe’s character Werther, a passionate young man who kills himself because of his love for a married woman.

Despite the revisions, the final version is replete with the tension and ardor of the younger Brahms. Musicologist Eric Sams has speculated that the opening theme in the strings is a ‘Clara’ theme because it’s similar to a cipher that Schumann used for his wife. Whether or not that’s true, the themes run an emotional gamut from slowly searching to loudly decisive to lyrically melodic. A quiet, exhausted ending leads to the lively scherzo. In an interesting parallel, the last two movements each begin with string solos. The slow movement is introspective and the finale brings back the wider range of emotions found in the first movement. The piece ends quietly with two definitive yet unexpected chords punctuating this look back at Brahms’s stormy youth.

Gilbert Kalish, piano
The profound influence of pianist Gilbert Kalish as an educator and pianist in myriad performances and recordings has established him as a major figure in American music-making. This season he appears with the St. Petersburg Chamber Philharmonic, performs at the Ojai Music Festival, and holds a residency at the San Francisco Conservatory. In 2006 he was awarded the Peabody Medal by the Peabody Conservatory for his outstanding contributions to music in America. He was the pianist of the Boston Symphony Chamber Players for 30 years, and was a founding member of the Contemporary Chamber Ensemble, a group that flourished during the 1960s and 70s in support of new music. He is particularly known for his partnership of many years with mezzo-soprano Jan DeGaetani, as well as for current collaborations with soprano Dawn Upshaw and cellists Timothy Eddy and Joel Krosnik. As an educator and performer he has appeared at the Banff Centre, the Steans Institute at Ravinia, the Marlboro Music Festival, and Music@Menlo; from 1985 to 1997 he served as chairman of the Tanglewood faculty. His discography of some 100 recordings embraces both the classical and contemporary repertories; of special note are those made with Ms. DeGaetani and that of Ives’ Concord Sonata. A distinguished professor at SUNY Stony Brook, Mr. Kalish has been an Artist of The Chamber Music Society of Lincoln Center since 2006.