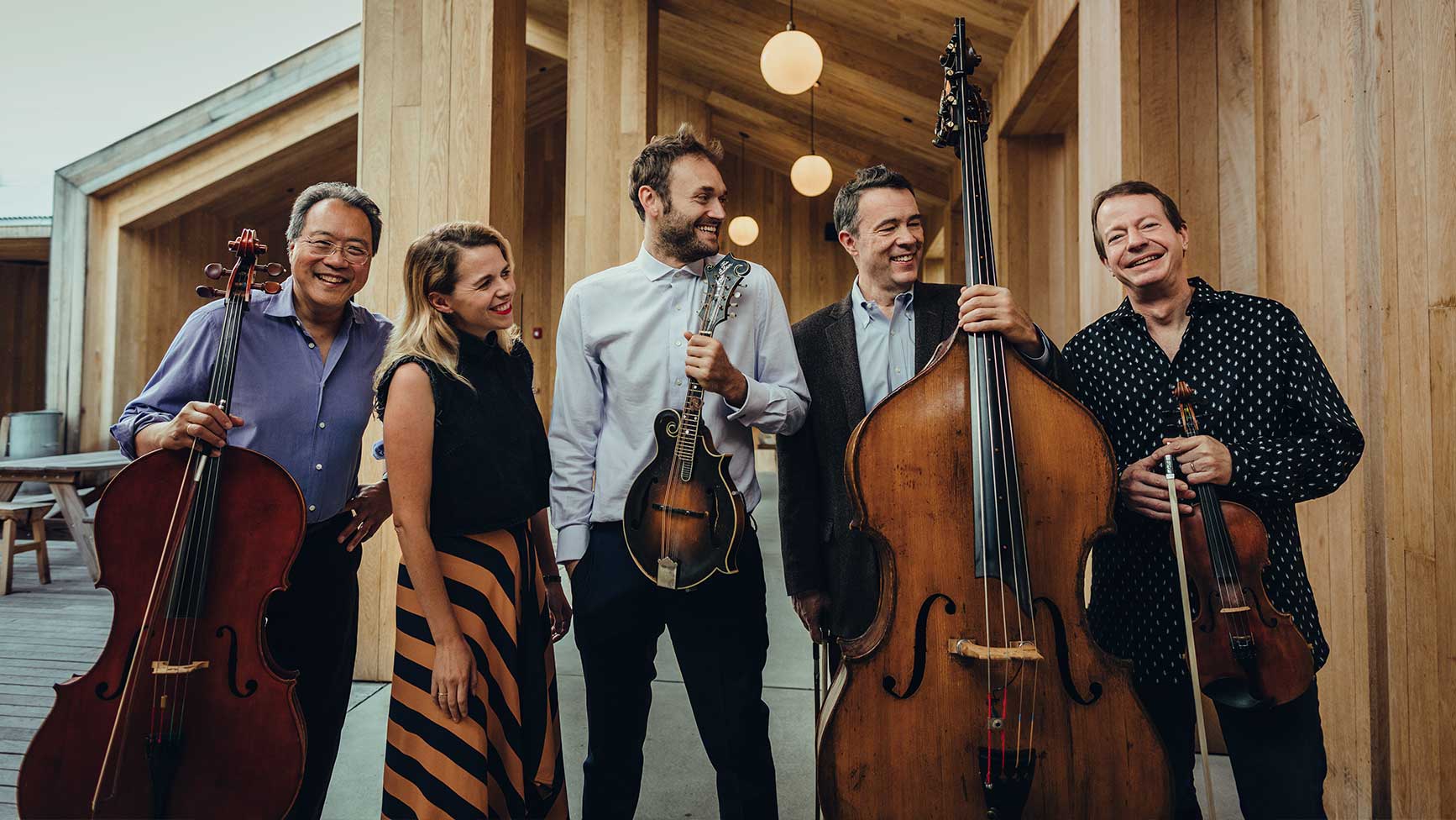 Not Our First Goat Rodeo

An astounding group of virtuosos—Yo-Yo Ma on cello, Stuart Duncan on fiddle, Edgar Meyer on bass and Chris Thile on mandolin—reunite live for the first time in nearly a decade. Joined by featured vocalist Aoife O’Donovan, the lively talents of these exceptional artists come together on stage to create a singular sound that’s part composed, part improvised and uniquely American—music so complex to pull off that the group likens it to a goat rodeo, airplane pilots’ nickname for a situation in which many different things need to go right to avoid disaster. In the words of the Los Angeles Times, this concert presents “unlikely musicians on unlikely instruments in concerts . . . that [are] part blues, part bluegrass and a smidgen of Bach.”

The Grammy-winning Goat Rodeo Sessions (2011) was the first step in this pathbreaking collaboration, producing music that NPR’s World Cafe called “organic yet composed in a way that only four deeply talented, in-tune musicians could make it,” hinting “at Appalachia, Chinese classical, Celtic and jazz influences.” Now, the group reunites this year to perform a collection of all-new music, accompanied by a new album released in June 2020 by Sony Masterworks. These five musicians’ diverse traditions and experiences intersect to create a compelling sound that is at once global and American, a shared voice that speaks powerfully to the American experience. 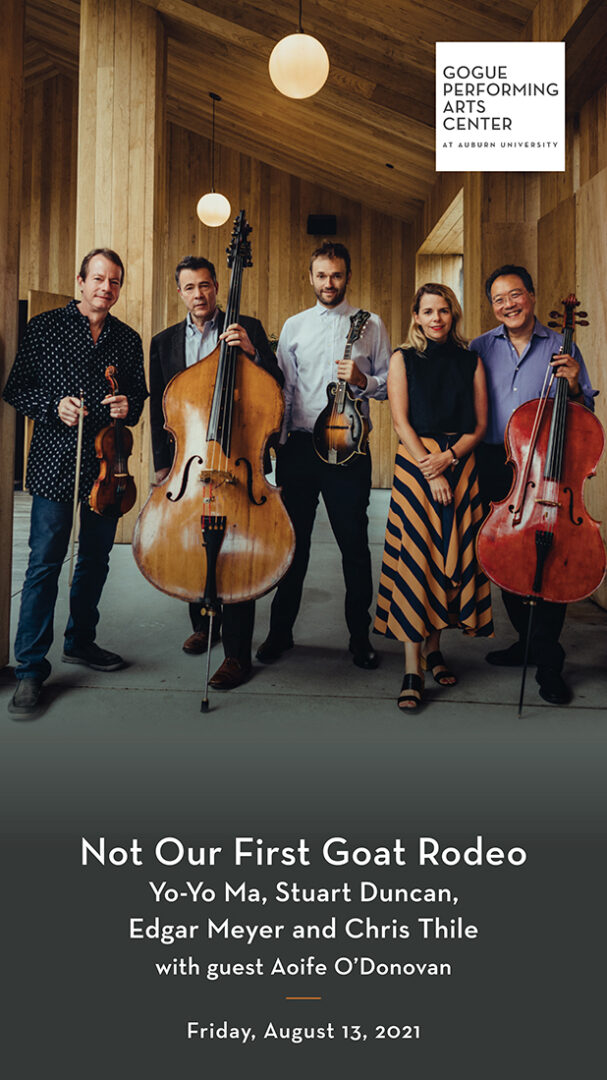 “Organic yet composed in a way that only four deeply talented, in-tune musicians could make it.”
— NPR’s World Cafe

“Unlikely musicians on unlikely instruments in concerts . . . that [are] part blues, part bluegrass and a smidgen of Bach.”
— Los Angeles Times

Experience Not Our First Goat Rodeo on a variety of streaming platforms.