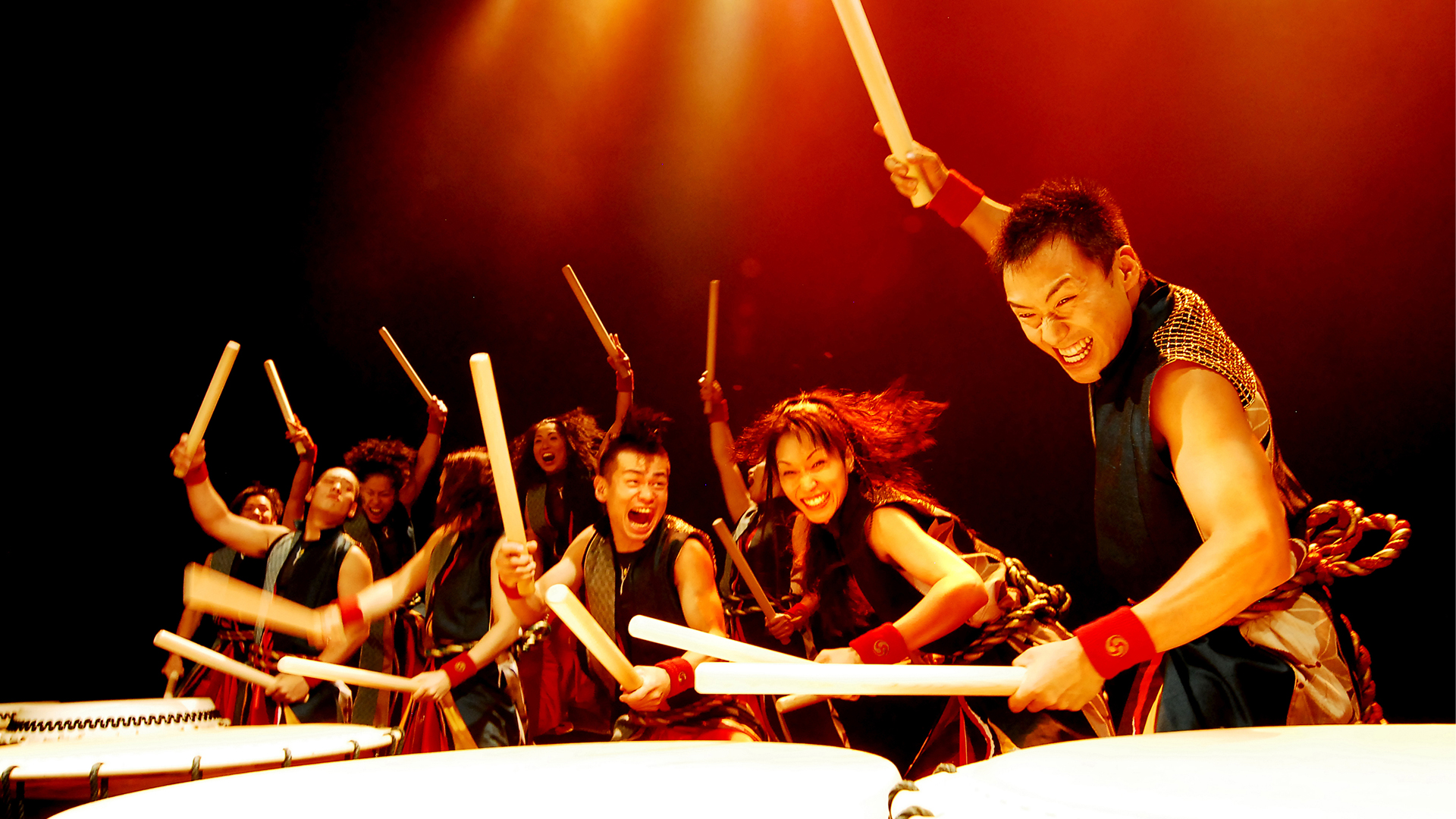 Yamato: The Drummers of Japan

Yamato was founded by Masa Ogawa in 1993 in Nara—the land of Yamato, which is said to be the birthplace of Japanese culture. Presently based in Asuka Village, Nara Prefecture, Yamato travels all over the world with Japan’s traditional Wadaiko drums, putting its very souls into the unusual instruments, whose sound stirs the hearts of people everywhere.

In the village of Asuka, a place with more than a thousand years of history and culture, Yamato seeks new expression with Wadaiko as its backbone. They think of the sound of the drums—made of animal skin and ancient trees, some of which are more than 400 years old—as a pulse or heartbeat (Shin-on), the center of life and the source of power that pulsates within the human body. Like the strong and sturdy heartbeats of a lonely runner with a sleek and powerful body, Yamato attempts to create the energy of life, which envelops the audience and performers.  What one feels when surrounded by the sound of Wadaiko, brought out by these highly trained performers, is what the Japanese call “Tamashy,” meaning soul, spirit and psyche—the basic elements of life. It is something invisible and intangible but whose existence is certainly felt. The pulse, carried down from antiquity, will resonate within all the bodies gathered at any given performance.

Follow Yamato: The Drummers of Japan on social media.