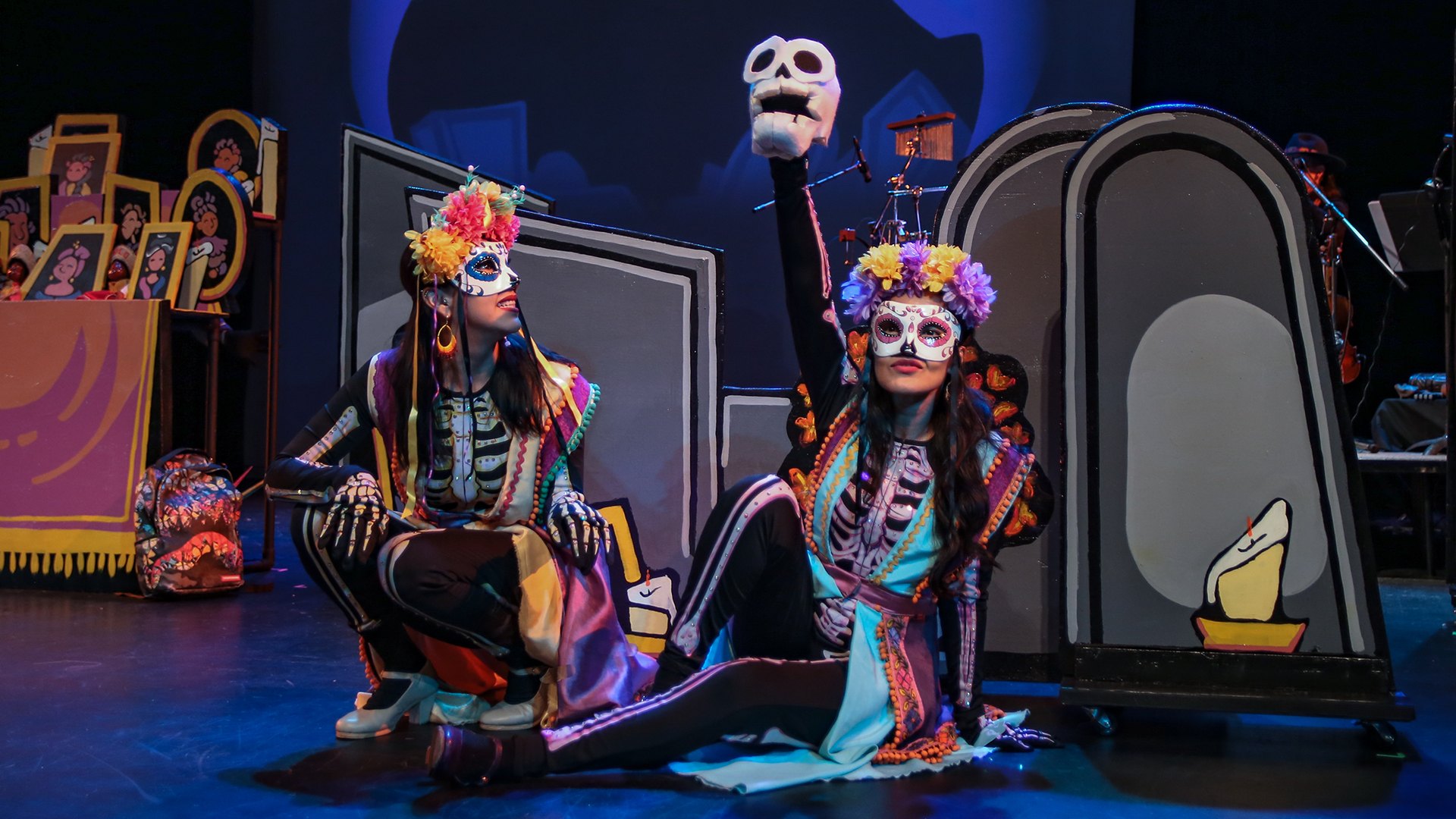 Sugar Skull! A Día de Muertos Musical Adventure is a touring bilingual/bicultural musical for young audiences and families that uses traditional regional music and dance from Mexico to tell the story of twelve-year-old Vita Flores. Vita thinks her family has gone loco planning a celebration for deceased loved ones. Why throw a party for the dead? But when a spirited candy skeleton suddenly springs to life, Vita finds herself on a magical, musical journey to unravel the true meaning of Día de Muertos.

Meet Sugar Skull, a charismatic skeleton with a secret or two. With her skeletal new friend, Vita dances with ancient ancestors, sings with a sorrowful sorceress, escapes the trickster Chaneques and even meets the famous Catrina Calavera. But can this clever youth gather the missing pieces needed for her family ofrenda before it’s too late?