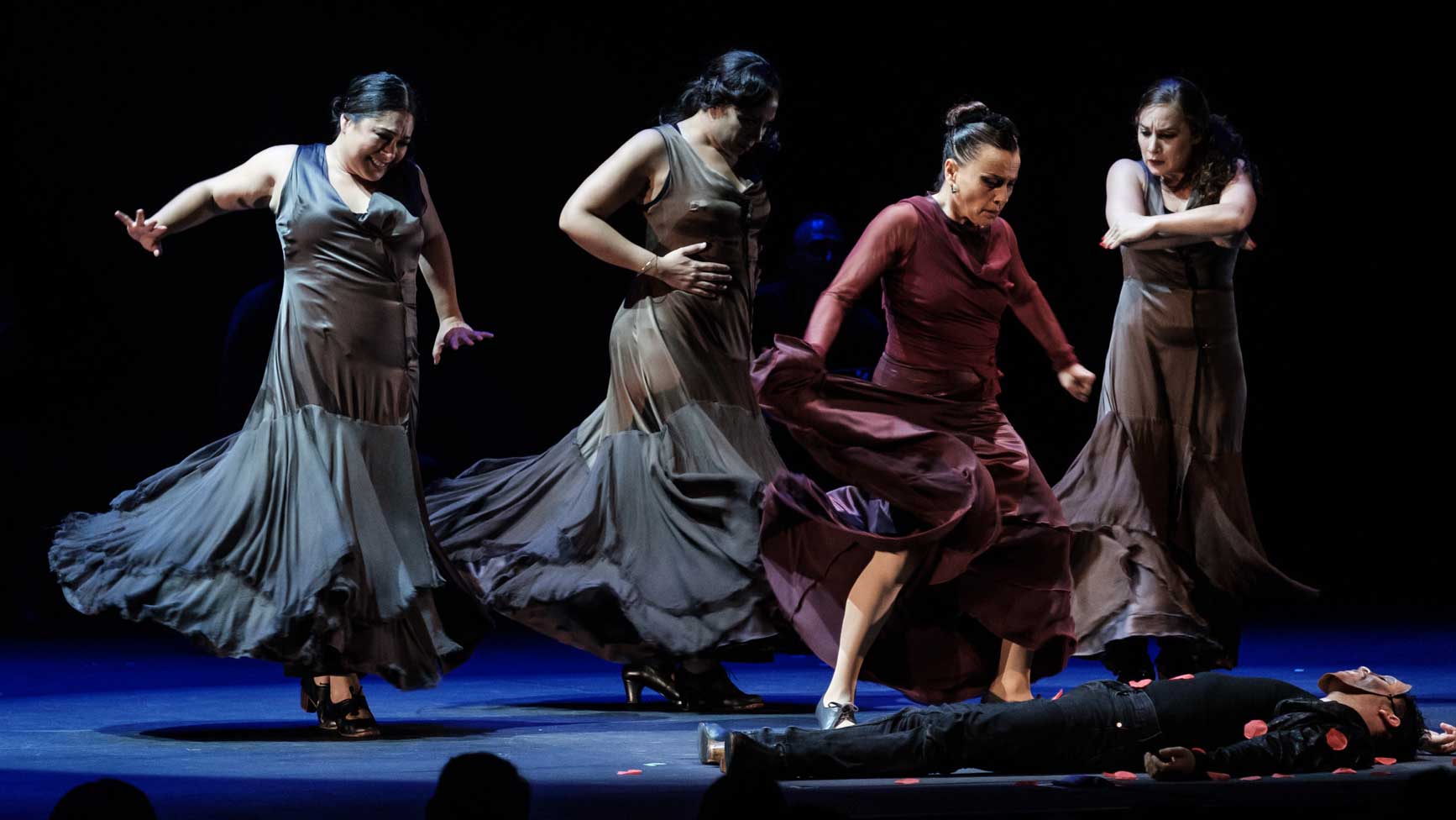 PERFORMANCE NOTICE: This performance has been rescheduled from its original performance date. All tickets issued for the original and any rescheduled performances are valid for admission to the rescheduled engagement. Patrons who wish to request a refund or who would like to donate their ticket(s) may contact the Gogue Center box office at gpactickets@auburn.edu.

Formed in 1993 by Martín Santangelo and his Bessie award-winning wife, Soledad Barrio, Noche Flamenca has been hailed by critics everywhere for its transcendent and deeply emotional performances. Noche Flamenca presents the essence, purity and integrity of one of the world’s most complex and mysterious art forms without the use of tricks or gimmicks.

Noche Flamenca performs regularly at noted venues in New York City, including Lincoln Center and the Joyce Theater, and tours extensively across North America, Europe, South America, Asia and Australia. The company has been recognized with awards from the National Dance Project, the National Endowment for the Arts and most recently an exceptional artist award for Soledad Barrio from Dance Magazine.

In song, music and dance that express a rigorous, spellbinding aesthetic, Noche Flamenca creates a diverse theatrical body of performance that exceeds the highest artistic expectations. Through its live performances, the company captivates audiences and evokes in them the vivid sea of passion and  intensity that is flamenco.