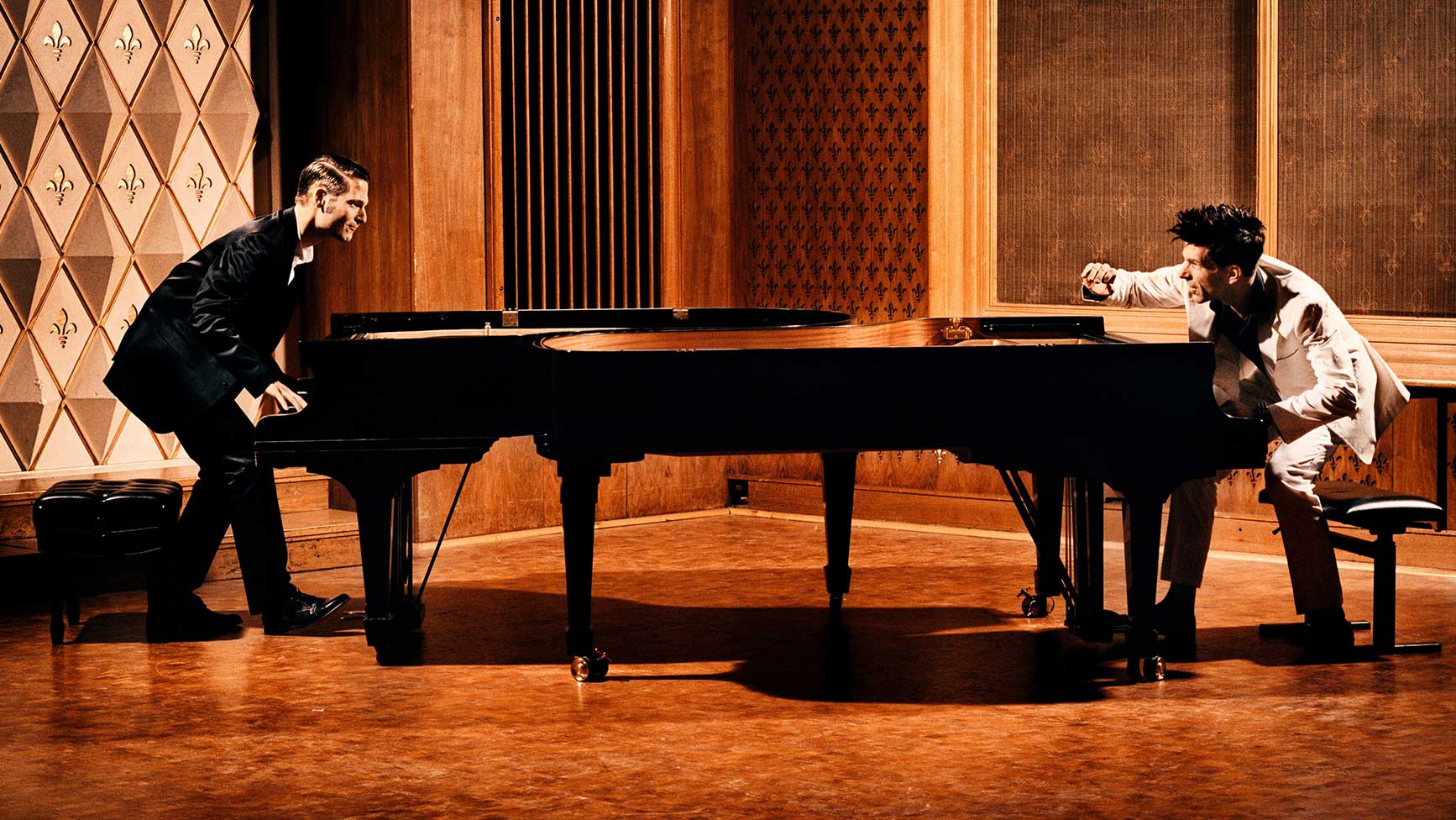 The brainchild of internationally accomplished pianists Andreas Kern and Paul Cibis, Piano Battle sees the duo go head-to-head on stage, enchanting the audience with a variety of classical pieces. The two artists, with distinctly different performance styles, take turns playing pieces by composers such as Chopin, Liszt and Debussy. They’re even known to improvise based on requests by the crowd.

Originally created for the Hong Kong City Festival, Piano Battle has been performed for sold-out audiences in Europe, the United States and Asia—including an open-air spectacle before 6,000 fans in Taiwan. All audience members are invited to vote on the pianists’ performances with one of the musicians eventually being crowned the winner. Part serious classical recital, part tongue-in-cheek performance by two renowned pianists, Piano Battle is a one-of-a-kind concert experience of comedic charm and artistic brilliance.

“Classical music should be fun. And this is something these two men convey for two hours more playfully than anyone who tried before.”