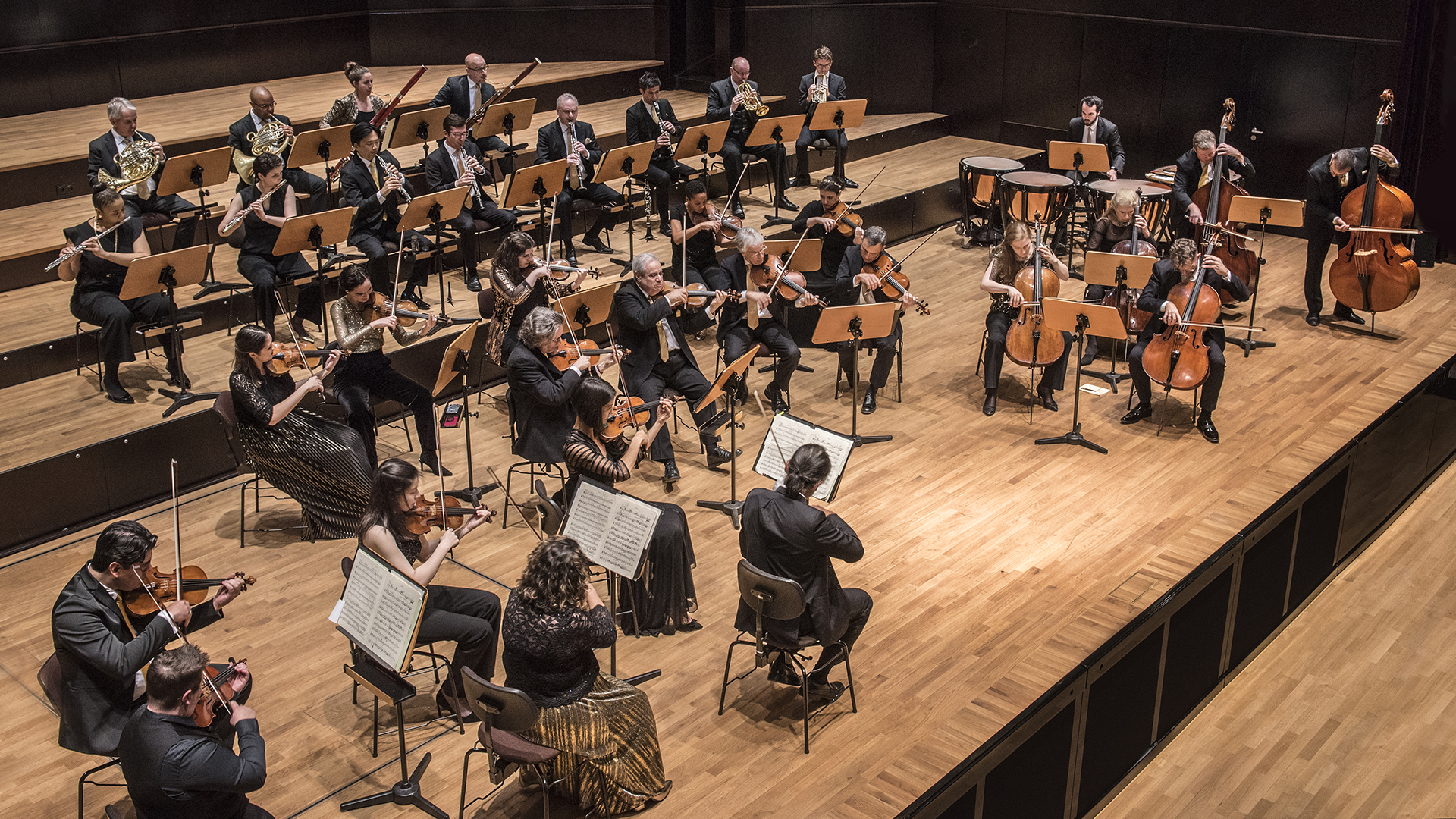 Orpheus Chamber Orchestra is a radical experiment in musical democracy, proving for 50 years what happens when exceptional artists gather with total trust in each other and faith in the creative process.

Since its inception in 1972, the Orpheus Chamber Orchestra’s catalog of recordings for Deutsche Grammophon, Nonesuch and other labels has grown to include more than 70 albums that still stand as benchmarks of the chamber orchestra repertoire, including Haydn symphonies, Mozart concertos, and 20th-century gems by Stravinsky, Schoenberg, Ravel and Bartók.

At home in New York and in the many concert halls it visits in the U.S. and beyond, Orpheus begins its next 50 years with a renewed commitment to enriching and reflecting the surrounding community. Always evolving as artists and leaders, the Orpheus musicians carry their legacy forward, counting on their shared artistry and mutual respect to make music and effect change.

Playing with perfect unanimity, their performances have polish and spirit, and display an infectious love for music making.”
— The New York Times