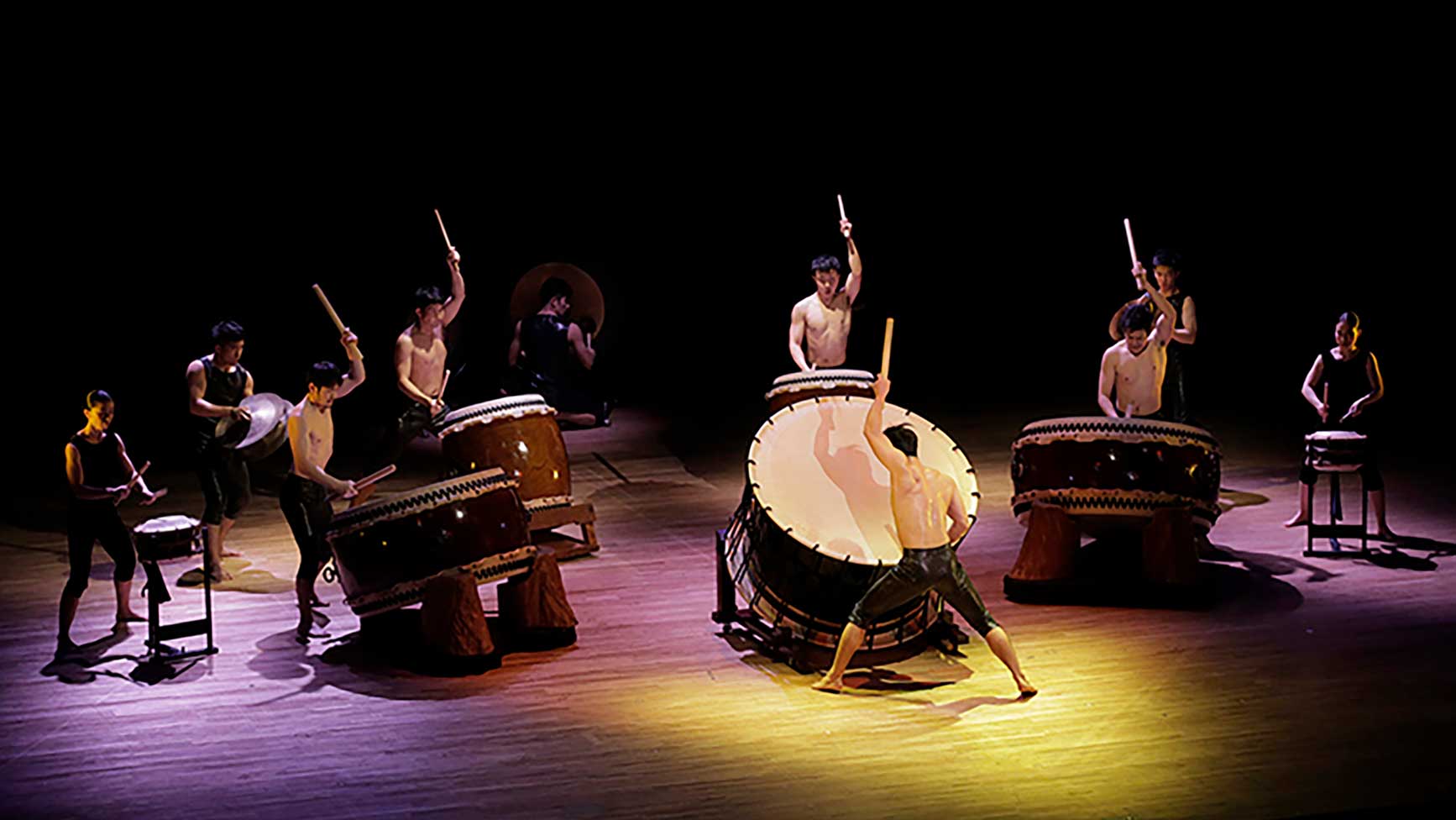 PERFORMANCE NOTICE: This performance has been postponed from its originally scheduled date of Tuesday, March 23, 2021. A rescheduled performance date will be announced as soon as it is confirmed. Please continue to monitor our website and social media channels for updates.

The innovative masters of primal Japanese percussion, Kodo, have embarked on the globe-spanning One Earth Tour: Legacy set to thunder into the Gogue Center in March 2021. Legacy is based on the core repertoire Kodo has upheld for almost half a century.

Since the group’s debut at the Berlin Festival in 1981, Kodo has given more than 3,700 performances across ﬁve continents, spending about a third of the year overseas, a third touring in Japan and a third rehearsing and preparing new material on Sado Island.

Exploring the limitless possibilities of the traditional Japanese drum, the taiko, Kodo continues to forge new directions for a vibrant, living art form.

“A dynamic, electrifying vision—nothing will prepare you for the 1,000-pound drum assault, the precise timing or the wall of sound—an essential experience.”