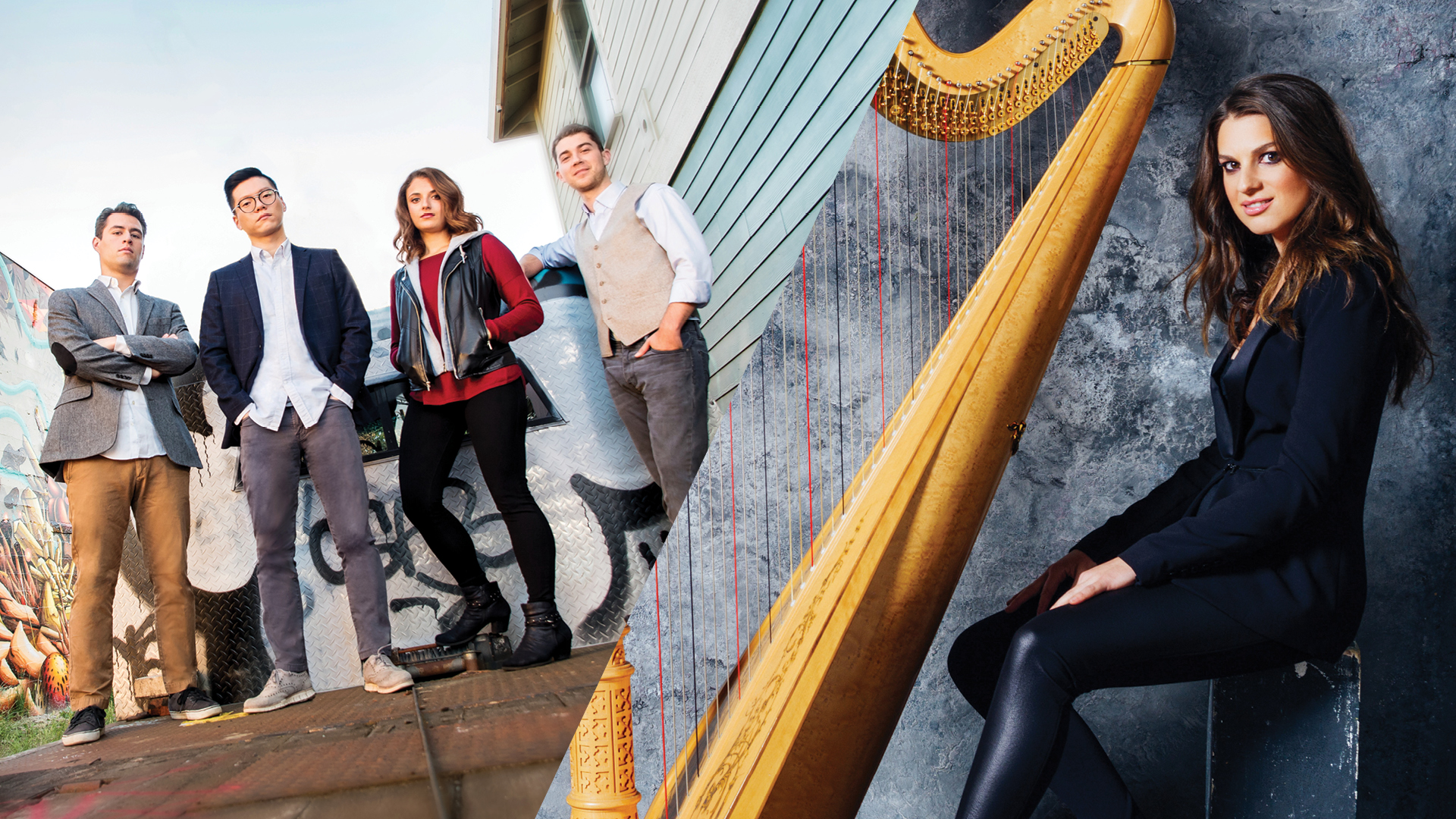 click to pre-order
Cherished harpist Bridget Kibbey and the world-renowned Dover Quartet are uniting for the first time in a celebration of the “father” of all composers, J.S. Bach. The unprecedented performance features a selection of Bach’s greatest works in the hands of some of today’s most brilliant musical artists. From the “Toccata and Fugue in D Minor” to the Aria and Three Variations from the Goldberg Variations; from The Art of the Fugue to “Brandenburg Concerto No. 3,” Kibbey and the Dover Quartet will dazzle and captivate the audience.

An acclaimed soloist and chamber musician who has toured and recorded with Dawn Upshaw and Placido Domingo, Kibbey brings virtuosic brilliance and musical charisma to all she plays. As The New York Times wrote, “[She makes] it seem as though her instrument [has] been waiting all its life to explode with the gorgeous colors and energetic figures she was getting from it.”

Kibbey pairs with the phenomenal Dover Quartet, praised by Strad for “their exceptional interpretative maturity, tonal refinement, and taut ensemble.” The quartet catapulted to international stardom following a stunning sweep at the 2013 Banff Competition, at which they won every prize. Their world-class collaborations include performances with pianists Anne-Marie McDermott, Emanuel Ax, Marc-André Hamelin, Jean-Yves Thibaudet, Peter Serkin, and Jon Kimura Parker; violists Roberto Díaz and Cynthia Phelps; bassist Edgar Meyer; and the Pacifica and Escher quartets. 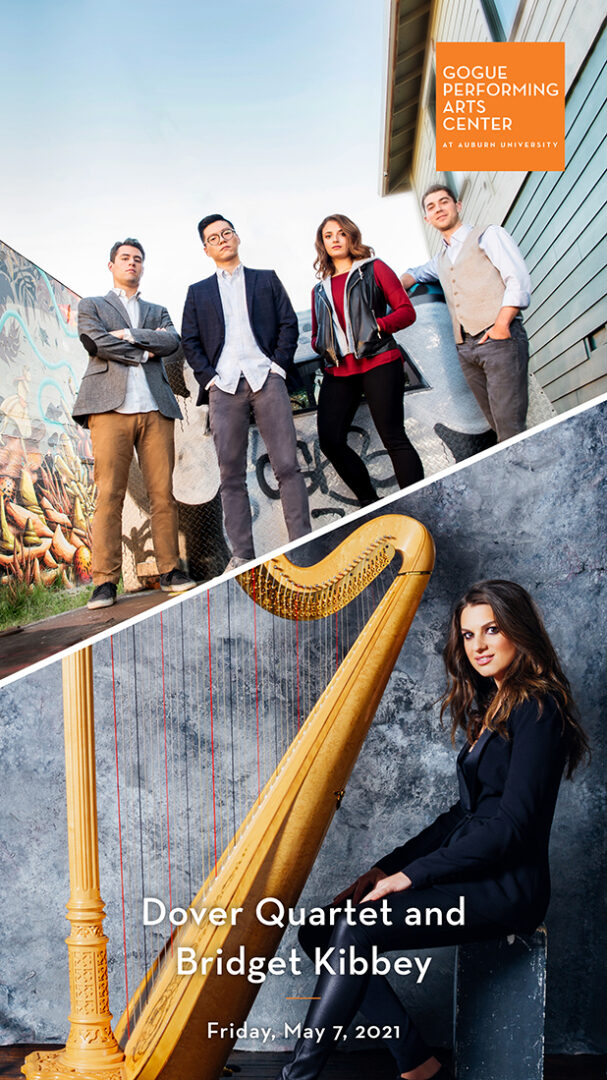 “But the surprise of the program came at the start, when Ms. Kibbey played her own transcription of Bach’s dark and restless Toccata and Fugue in D minor for Organ. Say again? This mighty organ piece played on a harp? It was remarkable . . . the gossamer colorings and improvisatory fervor of Ms. Kibbey’s account hooked me.”

“The Dover Quartet players have it in them to become the next Guarneri String Quartet—they’re that good. Expert musicianship, razor-sharp ensemble, deep musical feeling and a palpable commitment to communication made their performances satisfying on many levels.”