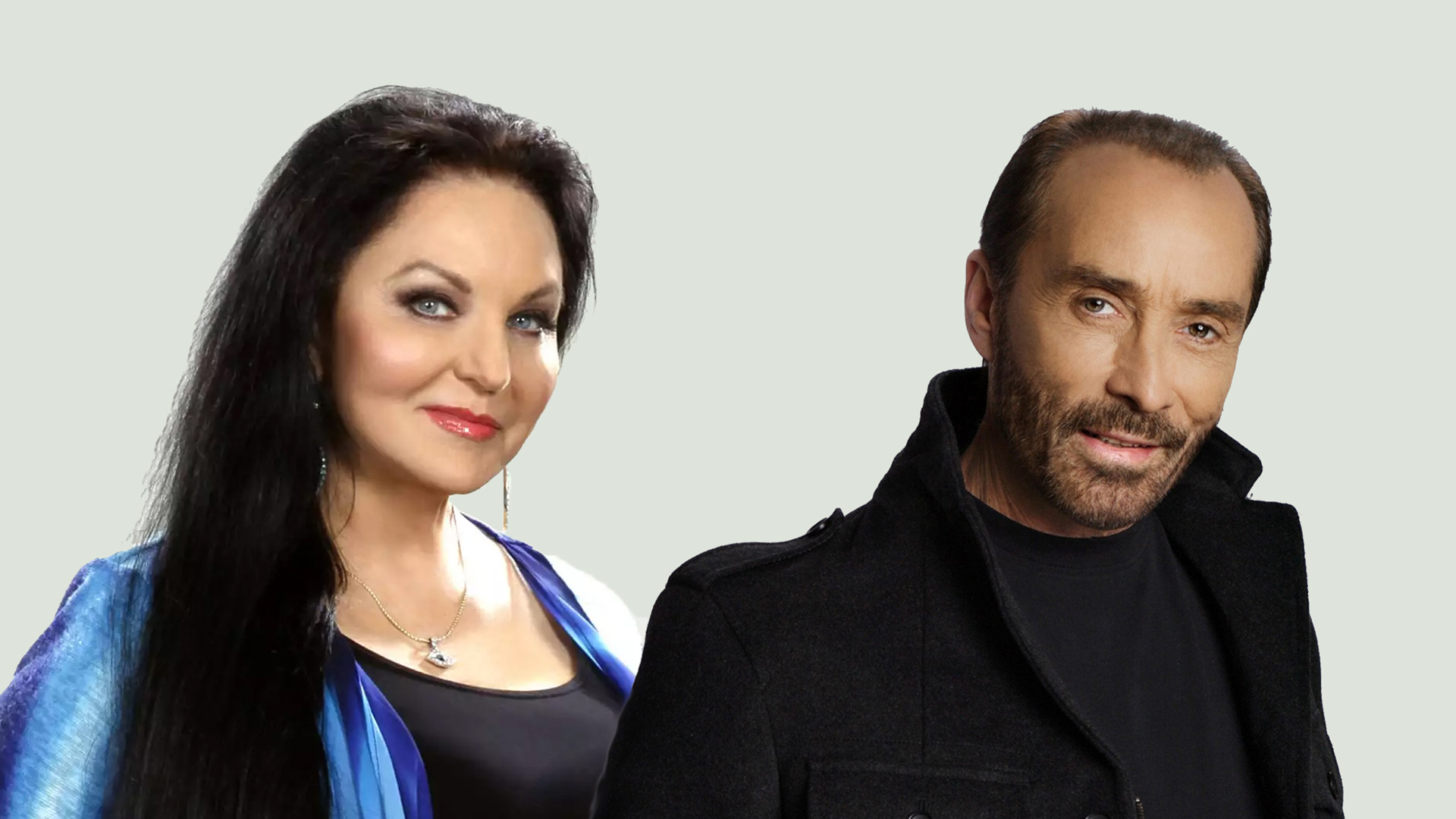 Crystal Gale and Lee Greenwood join for a legendary duo performance as part of our 2022–23 Celebrity Series.

One of the most popular and widely recognized female country singers of her era, Gayle was inspired to follow her own musical path by the success of her older sister, Loretta Lynn. Gayle’s supple voice, flair for ballads and cross-over-friendly country-pop style netted her several main-stream hits, beginning with her 1973 debut single, “I Cried the Blue (Right Out of My Eyes).” In 1976, “I’ll Get Over You” became the first of Gayle’s 22 number-one hits, a run of success that peaked brilliantly with 1977’s “Don’t It Make My Brown Eyes Blue,” a number one hit on country, pop and worldwide charts that won Gayle a Grammy for Best Country Female Performance.

Greenwood, an artist who has bridged the gap between traditional and contemporary country music, is best known for his patriotic anthem “God Bless the USA.” The iconic song, which celebrated its 30th anniversary in 2013, went far beyond what Greenwood expected when he wrote it in 1983. “God Bless the USA” has been in the top five on the country singles charts three times, distinguishing it as the only song in any genre of music to achieve that feat. It was also number one on the pop charts after September 11, 2001. Greenwood continues to tour across the country and performs for many charitable events, lending his time and name to numerous organizations including Helping A Hero, of which he is the national ambassador.

“Lee is such a great entertainer. A great singer-songwriter. We just hit it off. It’s great to pair with someone who cares for you as an artist as you care for them.”
— Crystal Gayle