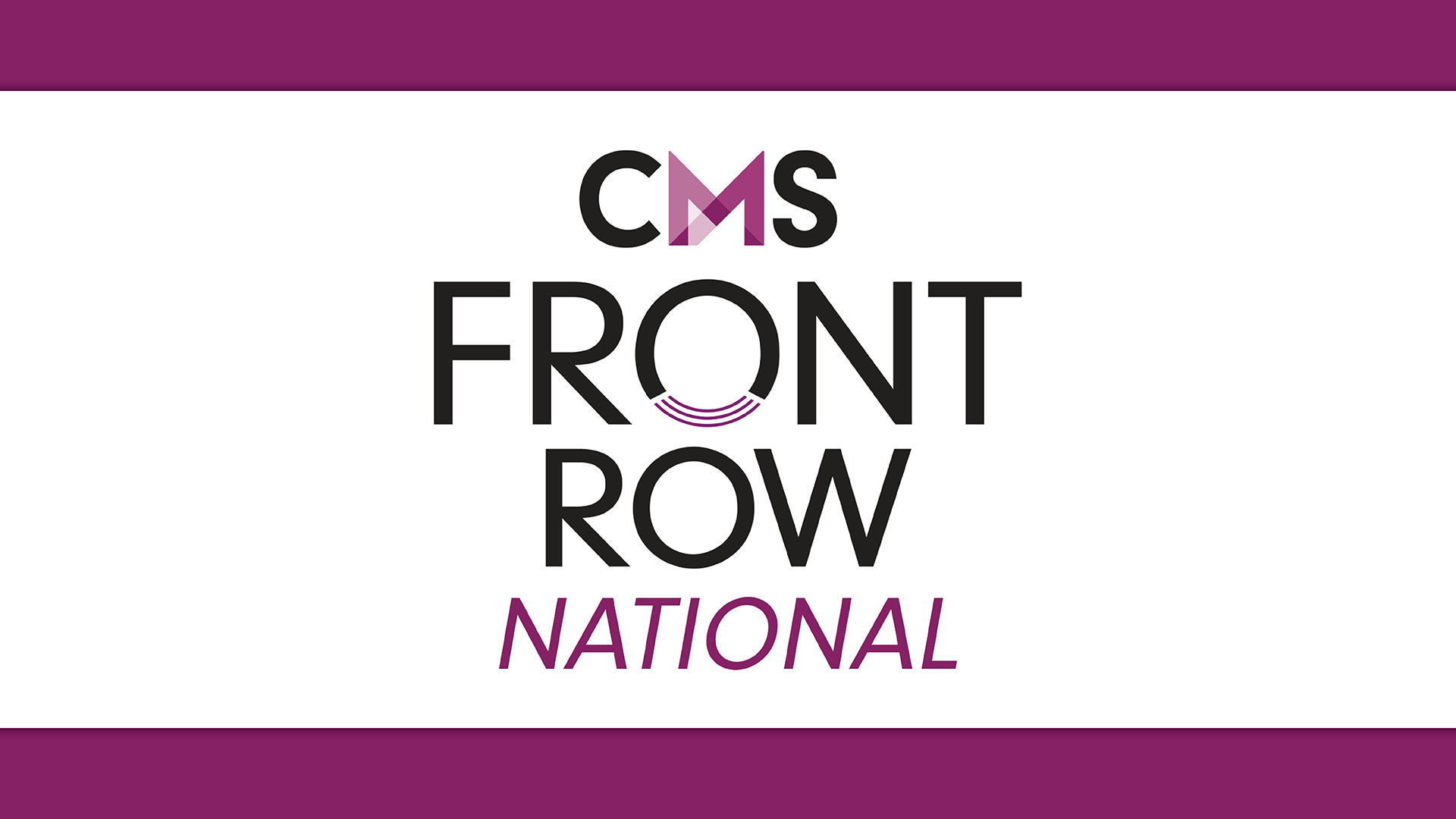 Quintet in A major for Clarinet, Two Violins, Viola, and Cello, K. 581 (1789)
Wolfgang Amadeus Mozart (1756 – 1791)
Mozart wrote this quintet for Vienna’s Society of Musicians (Tonkünstler-Societät) in 1789. The society raised money to provide pensions to widows and orphans of Viennese musicians. Its concerts were regular occurrences on the Viennese social calendar and Mozart composed and performed for them, even though he was not a member, something he would regret right before his death at the age of 35. This quintet premiered at a society concert on December 22, 1789, in between two halves of a cantata by Vincenzo Righini. The clarinetist was Anton Stadler, one of the first virtuosos on the instrument and Mozart’s close personal friend. Mozart wrote all of his major clarinet works— this one, the Kegelstatt Trio, and the Clarinet Concerto with Stadler’s playing in mind.

The clarinet was a relatively new instrument in Mozart’s day. Yet he expertly tapped into the instrument’s unique singing quality. Mozart’s poetic, unhurried voice prevails through the various themes, different tempos, and contrasting sections of this lyrical quintet. Not long into the first movement, he writes a striking moment for the clarinet. The second theme begins with a sinuous line in the first violin that the clarinet repeats with a surprising twist: dark, chromatic alterations that momentarily take the piece into unstable territory. The flowing second movement is so pure, and unfolds so naturally, that it is like a musical depiction of perfection, remaining unruffled through the low closing notes. The menuetto is a jolly dancing affair. The last movement is a bright set of variations interrupted by an introspective adagio digression before the lively main theme bounds back to close the piece.

From featured artist David Shifrin:
In 1789, Mozart had the wonderful idea of combining a clarinet with a string quartet. The result was one of the greatest musical masterpieces of all time and perhaps the most perfect piece of chamber music ever written. This group toured for a couple of weeks performing every night and we really got to know one another both musically and personally. Of course I miss those days of all of us being together, but I’m glad that technology has brought us to the point where we can share the music and relive it again.

Concert Fantasia on Themes from Verdi’s Rigoletto for Clarinet and Piano
Luigi Bassi (1833 – 1871)
Little is known about Luigi Bassi. He studied at the Milan Conservatory from 1846 to 1853 and started performing in the orchestra at La Scala opera house before he graduated, remaining there until shortly before his death in 1871. While Bassi was still a student, Verdi’s smash hit Rigoletto premiered in Venice in 1851, and the opera was soon mounted in every major Italian city, quickly entering the standard repertoire. Verdi’s melodies were in high demand at the time. During rehearsals for Rigoletto, he went so far as to swear the singers and orchestra to secrecy to avoid leaks, according to a biography written soon after his death. After the premiere, his tunes were whistled in the street and a popular subject for fantasies and improvisations. Bassi was a prolific creator of operatic fantasies and published 15 of them in his short life. He is best remembered for this one, a virtuosic flight of fancy that shows off the range and agility of the clarinet.

From featured artist David Shifrin:
To complement this broadcast of Mozart’s quintet, I wanted to choose things that were completely different. A few generations after Mozart, a whole era of virtuoso Romantic music emerged. It was probably best exemplified by the piano music of Liszt, violin music of Paganini, and so on. For the clarinet—which had undergone tremendous advances since the time of Mozart—von Weber and Spohr in Germany were writing amazing virtuoso works, and in Italy a whole genre cropped up of variations on themes from the famous operas of the day. Luigi Bassi, who was the principal clarinetist in La Scala during the mid-19th century, wrote a series of virtuoso variations on many of Verdi’s operas. His most famous is this set of variations based on themes from Rigoletto.

Clarinet Lament for Clarinet and Piano (1936)
Duke Ellington (1899–1974)
Arranged by David Schiff
Duke Ellington spent nearly his entire career leading a jazz orchestra—from age 24 until his death more than 50 years later. Ellington composed nonstop, writing more than 1,000 works, and toured tirelessly. His orchestra grew through the 20s and 30s, and many of the members became famous in their own right. One such performer was the clarinetist Barney Bigard, who joined Ellington’s band in 1927, when it started making regular appearances at Harlem’s Cotton Club. In 1936, Ellington composed a series of three-minute concertos for band members that were designed for 78 rpm records. Clarinet Lament was written to feature Bigard’s playing, and he recorded it on February 27, 1936 for Brunswick Records. This arrangement is by composer and author David Schiff, who also wrote the book The Ellington Century, a look at Duke Ellington’s far-reaching influence on 20th century music. David Shifrin premiered it with pianist Darrell Grant on November 6, 2015 at Reed College in Portland, Oregon.

From featured artist David Shifrin:
For the final piece, I turned to the musician that the composer/author/arranger David Schiff has called the most important American composer of the 20th century: Duke Ellington. This is a point of view that is more and more widely accepted. Not having been trained as a jazz musician, I was delighted that David Schiff arranged several works of Duke Ellington that had featured the clarinet. The great jazz pianist Darrell Grant and I performed them at a festival of Duke Ellington that was held at Reed College five years ago. This particular piece, the Clarinet Lament, is otherwise known as Barney’s concerto because it was played so amazingly by jazz clarinetist Barney Bigard with Duke Ellington’s band. It’s a fantastic recital piece and Gloria got the spirit of it. We had a wonderful time with it to close our recital a few years ago.

David Shifrin, clarinet
A Yale University faculty member since 1987, clarinetist David Shifrin is artistic director of Yale’s Chamber Music Society and Yale in New York, an annual concert series at Carnegie Hall. He has performed with the Chamber Music Society of Lincoln Center since 1982 and served as its artistic director from 1992 to 2004, inaugurating CMS’s Bowers Program and the annual Brandenburg Concerto concerts. He retired as artistic director of Chamber Music Northwest in Portland, Oregon—a position he held for more than four decades—in 2020. He has collaborated with the Guarneri, Tokyo, and Emerson quartets and frequently performs with pianist André Watts. Winner of the Avery Fisher Prize, he is also the recipient of a Solo Recitalist Fellowship from the National Endowment for the Arts. A top prize winner in the Munich and Geneva competitions, he has held principal clarinet positions in numerous orchestras including The Cleveland Orchestra and the American Symphony under Leopold Stokowski. His recordings have received three Grammy nominations and his performance of Mozart’s Clarinet Concerto with the Mostly Mozart Festival Orchestra was named Record of the Year by Stereo Review. His most recent recordings are the Beethoven, Bruch, and Brahms Clarinet Trios with cellist David Finckel and pianist Wu Han on the ArtistLed label and a recording for Delos of works by Carl Nielsen. Mr. Shifrin performs on a MoBA cocobolo wood clarinet made by Morrie Backun in Vancouver, Canada and uses Légère Reeds.