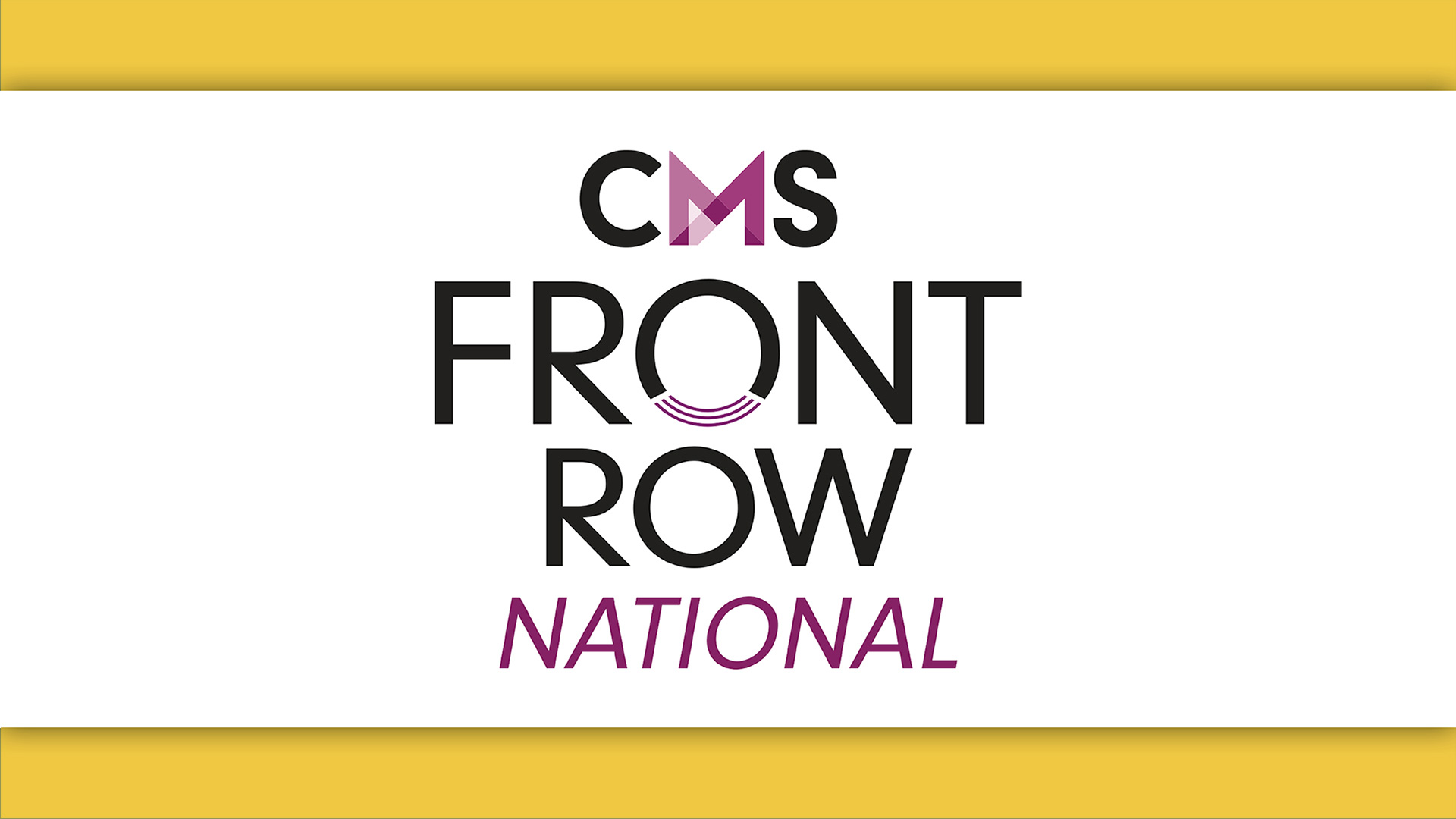 Sonata in C major for Cello and Continuo, Op. 5, No. 3 (1746)
Francesco Geminiani (Lucca, 1687 – Dublin, 1762)
Violinist and composer Geminiani is best known as a student of Corelli, a widely revered musician who (somewhat unusually for the time) was celebrated long after his death. Though his studies with Corelli in Rome are not well documented and may have been quite short, Geminiani left his native Italy and found fame in London as a leading expert on his teacher’s compositional and performance style. He even arranged a number of Corelli’s sonatas as concertos for the English market and composed in a Corelli-inspired manner. It was only later in life that he developed his own unique, almost idiosyncratic style. The Op. 5 cello sonatas are prime examples of Geminiani’s late style. Unlike his contemporary Vivaldi, who deftly coordinated harmony and virtuosity to create moments of almost unbearable tension, Geminiani’s music is much more subtle. Sometimes described as rhapsodic, it has a calm searching quality to it. Each successive chord, each asymmetrical phrase is a new discovery. Geminiani’s six cello sonatas are some of the earliest solo sonatas for that instrument, which had previously mainly played the supporting continuo part. They were published in The Hague in 1746 and in London the following year.

Quartet in F major for Strings, Op. 50, No. 5, “The Dream” (1787)
Joseph Haydn (Rohrau, Austria, 1732 – Vienna, 1809)
The string quartet genre underwent a remarkable evolution in the 1780s in the hands of Haydn and Mozart. Haydn kicked off the decade with his Op. 33 set of six quartets, saying they were written in “a new, quite special way.” Not only did they show a deeper control over the musical materials and a fresh sense of playfulness, but they were also some of his first works published under a new contract with his employer, Nikolaus Esterházy. Haydn knew the Op. 33 quartets would be some of his first works to be officially distributed (his previous scores had circulated widely in bootleg copies and he was eager to finally make some money), so he carefully devised them to be some of his most path-breaking, appealing, exciting works—and they were. Mozart, recently moved to Vienna and quickly establishing himself, was so impacted by Haydn’s Op. 33 quartets that he wrote his own set of six and dedicated them to his “best friend” Haydn. Haydn heard them in early 1785 and told Mozart’s father, “Before God and as an honest man I tell you that your son is the greatest composer known to me either in person or by name…”

The six Op. 50 quartets were the next set of quartets that Haydn wrote after Mozart’s extraordinary tribute. Raising the bar yet again, the Op. 50 quartets are more for connoisseurs and less rousing crowd-pleasers that the Op. 33 set had been. Haydn was probably less concerned with popular publication, having had many successes in that area by that point, and more with his reputation and legacy as a master composer.

The first movement of “The Dream” quartet finds Haydn at his most charmingly clever and concise. The genteel movement is propelled by a two-note motive played by the two violins and echoed by the viola and cello. The second movement (which gives the quartet “The Dream” nickname) provides the first violin a gorgeous, ethereal solo that gracefully covers the instrument’s entire range. The Menuetto combines the form and style of the aristocratic minuet with gestures and accents of rustic peasant dances, one of Haydn’s favorite juxtapositions. The last movement is in 6/8 time (the beat is divided into two groups of three) and sonata form with a tripping theme that centers around one repeating note.

The Op. 50 manuscripts after Haydn
The autograph manuscripts (written in Haydn’s hand) of the Op. 50 quartets were thought to be lost until they turned up in Australia almost two centuries after they were composed. Their story remains mysterious. Haydn probably retained ownership of the complete set until his death, when Nikolaus Esterházy II, his employer, bought his music library. They then somehow made their way to London and passed into the hands of Muzio Clementi. In 1851, almost 20 years after Clementi’s death, Nos. 3–6 turned up at a London auction and were purchased by an English colonel and musician who was moving to New Zealand and bought them as an investment for the trip. After the man’s death, ownership of the manuscripts transferred to his granddaughter, who lived on a New Zealand sheep station, and then to her half-sister, who took them to Australia.

In 1982, the owner brought them to a Melbourne concert celebrating the 250th anniversary of Haydn’s birth and showed them to English musicologist Christopher Hogwood. The woman (who wished to remain anonymous) had been storing them under her bed. After they were authenticated and their true worth revealed, she moved them to a safe deposit box. In 1995 they sold at auction for $1.04 million to German book dealer Hans Schneider. At the time a Sotheby’s spokeswoman described them as “the largest group [of Haydn quartet manuscripts] not already in a major library or institution.” Manuscript copies of the first two quartets in the set were never found.

Appalachian Spring Suite for Ensemble (1944)
Aaron Copland (Brooklyn, 1900 – North Tarrytown, NY, 1990)
The idea for Appalachian Spring, Copland’s most iconic piece, did not originate with him. It came from dancer/choreographer Martha Graham, who planned a ballet that showed “a legend of American living.” Copland received some general direction from Graham and wrote the music with only vague scene descriptions from her. After he delivered the music she finalized the dance around it. Their end product is an idealized archetype of prairie life that brings together various pieces of Americana. Graham eventually decided the setting would be western Pennsylvania, where she grew up, in the early 1800s and the story would center on a young couple settling into a home together. Copland chose the climactic melody, Simple Gifts, a Shaker tune believed to be composed in 1848 by Joseph Brackett in Maine. Graham added the title Appalachian Spring after the music was complete, taking it from a 1930 poem by Hart Crane called The Bridge. These references help create an imagined American scene that is elusive but firmly rooted in our collective memory.

Eminent music patron Elizabeth Sprague Coolidge commissioned the piece and Copland worked on it in 1943 and 1944. He spent considerable time making sure the music was simple and direct, with widely spaced open intervals evoking the vast open expanses of the American landscape. Copland had already had major successes in his new, American language—Billy the Kid, Fanfare for the Common Man, and Lincoln Portrait—but Appalachian Spring was something of a culmination of his evocative national style. It premiered on October 30, 1944 at the Library of Congress in a concert celebrating Coolidge’s 80th birthday. Critical reception was positive and it won the Pulitzer Prize for music. The following year Copland arranged a suite for orchestra from Appalachian Spring. Today’s performance is for the original 13 instruments that accompanied the ballet but in the shorter suite version. Between performances of the dance and the music alone, Appalachian Spring has defined an American aesthetic that still resonates over 75 years after its first performance.

The original of Appalachian Spring
Appalachian Spring began with a letter from dancer Erick Hawkins (and later Martha Graham’s husband) to Elizabeth Sprague Coolidge in 1942, “I feel that it is extremely important, now that [Graham] is at the height of her career, that she should be able to use the music of the finest composers of the time for her dance. It is impossible for her under the present circumstances to ask Mr. Copland or Mr. Hindemith, for example, (since I know she has been considering how she could approach them) to write for her since she has no money to offer them.” Coolidge commissioned both composers to write for Graham, bringing to life those and many other major artistic collaborations.

Kristin Lee, violin
Recipient of a 2015 Avery Fisher Career Grant, as well as a top prizewinner of the 2012 Walter W. Naumburg Competition and Astral Artists’ 2010 National Auditions, Kristin Lee is a violinist of remarkable versatility and impeccable technique who enjoys a vibrant career as a soloist, recitalist, chamber musician, and educator. She has appeared with top orchestras such as The Philadelphia Orchestra, St. Louis Symphony, New Jersey Symphony, St. Paul Chamber Orchestra, the Ural Philharmonic of Russia, the Korean Broadcasting Symphony, and in recital on many of the world’s finest stages including Carnegie Hall, David Geffen Hall, Kennedy Center, Kimmel Center, Phillips Collection, Metropolitan Museum of Art, Louvre Museum, Korea’s Kumho Art Gallery, and the Ravinia Festival. An accomplished chamber musician, she has appeared with Camerata Pacifica, Music@Menlo, La Jolla Festival, Medellín Festicámara of Colombia, the El Sistema Chamber Music Festival of Venezuela, and the Sarasota Music Festival. She is the concertmaster of the Metropolis Ensemble, with which she premiered Vivian Fung’s Violin Concerto, written for her, which appears on Fung’s CD Dreamscapes (Naxos) and won the 2013 Juno Award. Born in Seoul, Ms. Lee moved to the US to study under Sonja Foster and soon after entered The Juilliard School’s Pre-College. She holds a master’s degree from The Juilliard School under Itzhak Perlman. An alum of CMS’s Bowers Program, she is a member of the faculty of the Aaron Copland School of Music at Queens College and the co-founder and artistic director of Emerald City Music in Seattle.