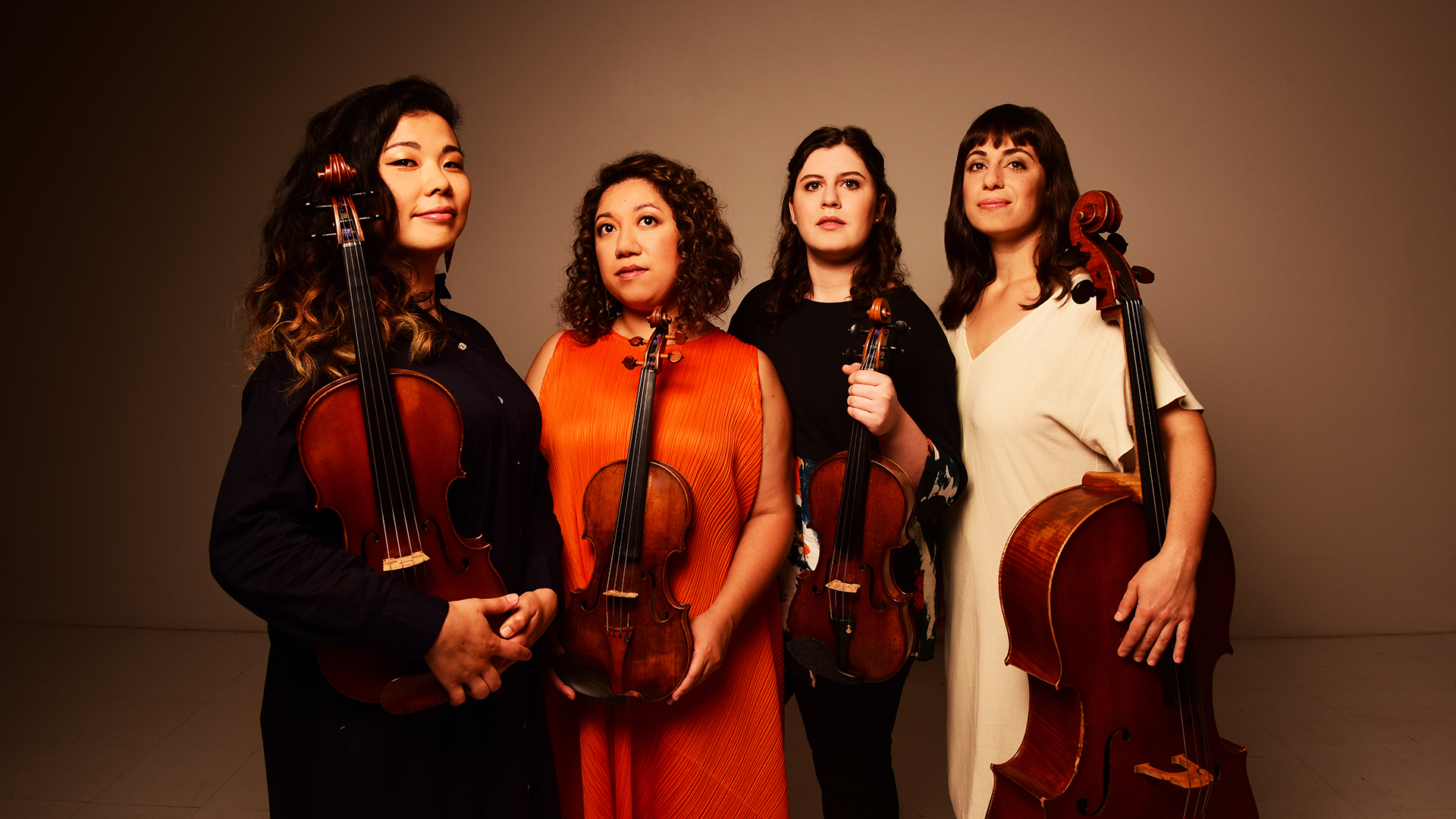 Formed in 2012, the Aizuri Quartet combines four distinctive musical personalities—Emma Frucht and Miho Saegusa, violin; Ayane Kozasa, viola; and Karen Ouzounian, cello—into a powerful collective. Drawing its name from “aizuri-e,” a style of predominantly blue Japanese woodblock printing noted for its vibrancy and detail, the Aizuri Quartet has established a unique position within today’s musical landscape. Infusing its music-making with infectious energy, joy and warmth, the Aizuri Quartet cultivates curiosity in listeners, inviting audiences into the concert experience through its innovative programming and the depth and fire of its performances.

Praised by The Washington Post for “astounding” and “captivating” performances that draw from its notable “meld of intellect, technique and emotions,” the Aizuri Quartet was named the recipient of the 2022 Cleveland Quartet Award by Chamber Music America and awarded the grand prize at the 2018 M-Prize Chamber Arts Competition. Its debut album, Blueprinting, was nominated for a 2019 Grammy Award and named one of NPR Music’s Best Classical Albums of 2018.

KNOW BEFORE YOU GO
The Aizuri Quartet’s program will last approximately 90 minutes. A 15-minute intermission will follow the performance of Bartók’s String Quartet No. 4. 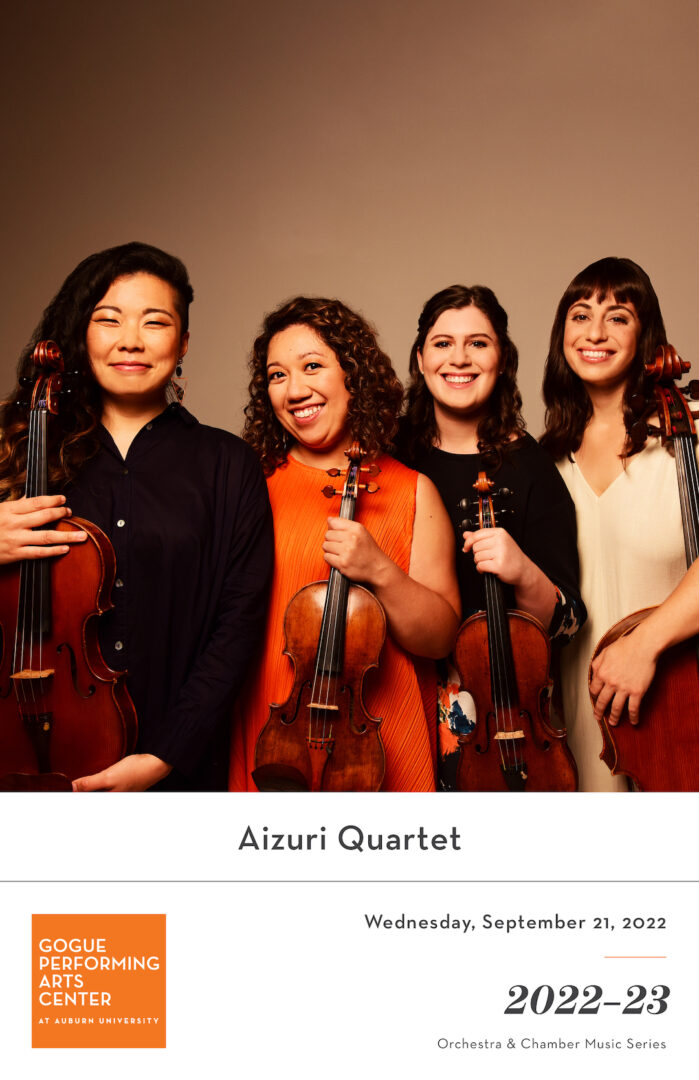